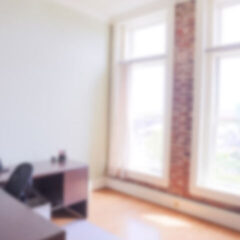 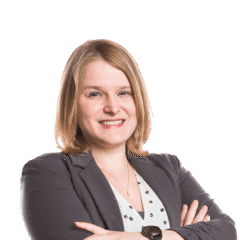 Most bankruptcy professionals know that ​“retirement funds” are generally exempt assets under § 522(d)(12) or 522(b)(3)©. However, those funds must meet very precise requirements to meet this qualification. Specifically, the funds must be retirement funds,” and they must be held in an account that is exempt from taxation under certain sections of the Internal Revenue Code.

In 2014, the Supreme Court defined ​“retirement funds” in the bankruptcy context. [1] The Clark case dealt with IRAs that were inherited, rather than earned. It stated: [T]he Bankruptcy Code does not define ​“retirement funds,” so we give the term its ordinary meaning. The ordinary meaning of ​“fund[s]” is ​“sum[s] of money … set aside for a specific purpose.” And ​“retirement” means “[w]ithdrawal from one’s occupation, business, or office.” Section 522(b)(3)©’s reference to ​“retirement funds” is therefore properly understood to mean sums of money set aside for the day an individual stops working. [2]

This type of analysis, the Supreme Court reasoned, requires the court to make an objective finding regarding how the debtor actually planned to use the funds without having to rely on his or her subjective representation to the court. A fact-intensive, case-by-case analysis was not permitted. If the funds were not objectively for retirement purposes, then the funds may not qualify as exempt.

In Clark, the debtor was someone who inherited the IRA rather than someone who actually put money in the account. The Supreme Court determined that the account did not constitute retirement funds for three reasons: (1) the debtor never put money into the account; (2) the debtor was required to withdraw money from the account at certain times, no matter how many years he or she may be away from retirement; and (3) the entire amount in the account could be withdrawn at any time, for any reason, without penalty. Each of these features is in stark contrast to a traditional or Roth IRA used for individual retirement.

Applying Clark in the Divorce Context in the Eighth Circuit

The Eighth Circuit expanded on Clark’s general principles in a case decided February 7, 2020. [3] In Lerbakken, Brian Lerbakken filed bankruptcy after a divorce from his wife. He was awarded a portion of his ex-wife’s IRA and 401(k) as part of his dissolution proceedings, and he sought to claim an exemption for those accounts as ​“retirement funds.” The U.S. Bankruptcy Court for the District of Minnesota disallowed the exemptions, the Bankruptcy Appellate Panel affirmed, then the Eighth Circuit affirmed as well.

The Eighth Circuit reiterated the finding in Clark, which noted that retirement funds are ​“funds objectively set aside for one’s retirement,” not ​“a pot of money that can be freely used for current consumption.” Lerbakken, however, argued that the Internal Revenue Code noted that IRAs transferred incident to a divorce should be ​“treated as an individual retirement account of such [recipient] spouse, and not of such [donor] individual.” [4] Nonetheless, this definition for tax purposes did not save the account from the analysis required under Clark and the Bankruptcy Code.

The court in Lerbakken went through the three characteristics as set out by Clark for both the IRA and the 401(k). First, as to the IRA, the court noted that the debtor had the option to add funds to the account, which was in contrast to the account in Clark. Second, the divorce decree obligated the debtor to withdraw funds from the account to pay his legal debts ​“regardless of [his] proximity to retirement.” As this language was part of the divorce decree, the Eighth Circuit determined that the debtor was required to remove funds under state law. Last, the IRA interest was not subject to the rules for ordinary IRAs that were transferred incident to the divorce simply because he had not transferred them by the date of filing. As a result of this analysis, the Eighth Circuit determined that the IRA lacked most of the legal requirements of ​“retirement funds,” and therefore, was not exempt under § 522(b)(3)©.

The Eighth Circuit reached a similar conclusion as to the 401(k) because the debtor was not permitted to make additional contributions to the 401(k), and he was obligated by the divorce decree to remove some or all of the funds to pay for legal services as a result of the dissolution. Importantly, the Eighth Circuit did not address the debtor’s argument that he and his ex-wife planned to use the funds in their joint retirement account. The court noted that to engage in this type of fact-intensive, case-by-case analysis would go directly against what Clark required: an objective analysis to determine whether the accounts met the definition of ​“retirement funds.”

Although Clark and Lerbakken are interesting and unique cases, they do not upset the general rule that most retirement accounts remain exempt under § 522. Instead, the focus in those cases is on exceptional situations, where a debtor has not or cannot use the account in a way that will fund his or her own retirement.