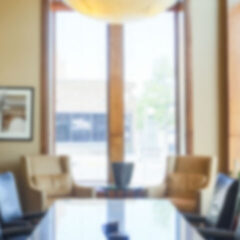 Former star of The Bachelor and Iowa-native Chris Soules made headlines in April 2017 for all the wrong reasons. Soules rear-ended a John Deere tractor, while operating his pickup north of Aurora, Iowa. Soules called 911, but then left the scene before paramedics arrived. Tragically, the 68-year-old man who was driving the tractor died at the scene.

Soules was charged with leaving the scene of an accident-causing death, a Class D felony. He was never charged with DUI. However, court documents revealed there was allegedly beer in Soules’ pickup at the time of the crash, which occurred around 8 PM. Soules registered a 0.00 BAC when a blood test was administered six hours after the accident.

Soules ultimately pled guilty to a reduced charge of leaving the scene of a personal injury accident, a misdemeanor, in August 2019. He agreed to a two-year suspended sentence with no jail time. His attorneys successfully argued that the State could not prove that Soules was the cause of the accident which resulted in the victim’s death.

In what appears to be a direct response to the Soules story, the Iowa Legislature broadened the duty drivers owe when they are involved in a motor vehicle accident. In a new law which took effect on July 1, 2021, ​“any driver of a vehicle who knows or has reason to believe” their vehicle was involved in an accident resulting in injury or death is required to stop, return to and remain at the scene, and call 911 ​“as soon as reasonably possible.”

Under the prior law, these requirements only applied when a vehicle was involved in such an accident. By adding the knowledge or reasonable belief requirement, the new law makes the actions taken by Soules a Class D felony going forward, without there being further proof needed that the driver’s vehicle caused the accident.

Providing both plaintiffs’ and defense services in civil litigation, our attorneys know what can happen when drivers don’t abide by the Rules of the Road. All of us at the Heidman Law Firm remind you to drive carefully, and wish you safe travels, with the holiday season in full swing!

Our articles are intended to provide occasional general summaries on new developments in Federal and State law and regulations that we believe might be of interest to our clients. The articles should not be considered opinions of the Heidman Law Firm, P.L.LC. and are not intended to provide legal advice. Readers should not under any circumstance act upon the information in this publication without seeking specific professional counsel. The Heidman Law Firm will be pleased to provide additional details regarding any article upon request. Feel free to contact us at through our website, or by phone at 712−255−8838.